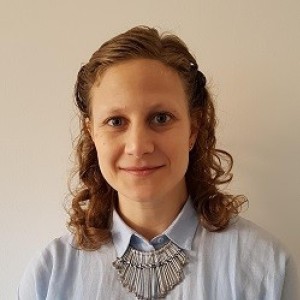 Whilst Bettercoal fully recognises that it still has room for improvement to further enhance the monitoring, reporting and transparency of the initiative, we would like to highlight some inaccuracies in the report regarding Bettercoal’s work. Bettercoal was approached by the author of the report but it appears most of the sources used to describe Bettercoal’s work are based on third party information and are sometimes quite dated, some of them going back as far as 2014.

Bettercoal has always been open and responsive to requests for information from different stakeholders, including NGOs and the media, and we are committed to continuing with this approach. This is why we believe that some of the misconceptions on the initiative could have easily been avoided by addressing Bettercoal directly to get accurate and updated information on the organisation’s work.

Bettercoal is a non-profit initiative which was founded by coal buyers who wanted to better understand and manage the ESG risks in their coal supply chain. Coal mining companies, like Cerrejón, are not Bettercoal Members.

Cerrejón is a Bettercoal Supplier. This means they undergo an in-depth site-assessment against the 10 Principles of the Bettercoal Code conducted by independent assessors. As such, Cerrejón underwent a site-assessment in 2018. Apart from assessing the mining company operations, the assessment includes interviews with relevant stakeholders, including employees, local communities, local and national government and trade unions. Once the assessment is completed, the mining company commits to a Continuous Improvement Plan (CIP), which is quarterly monitored by independent assessors. In the case of Colombian mining companies, this follow up is also done by Bettercoal Members grouped in the Colombia Working Group (CWG). This group was formed in 2018 to facilitate a more coordinated approach to the monitoring of Continuous Improvement Plans for Suppliers as well as build knowledge and measure impact. The CWG is currently formed of Bettercoal Members Enel, ESB, RWE, Vattenfall, chaired by Uniper.

Christian Aid’s report states that “the Bettercoal assessment […] remains silent on the human rights abuses” and that Bettercoal “does not make the data publicly available”.  Bettercoal does share a high-level report which outlines the key issues highlighted in the assessment. Details are shared with relevant stakeholders by Bettercoal. The detailed report, which is made accessible to all Bettercoal Members, goes into some details on human rights and outlines some of the major issues there. The report also delves into some of the possible ways in which Cerrejón could address this.

Our position with regards to the recommendations in the report is the following: Bettercoal Suppliers like Cerrejón must continue to follow their Continuous Improvement Plans to remain a Bettercoal Supplier. Failure to meet the CIP recommendations in a timely fashion leads to a Supplier being removed from Bettercoal. This has happened in the past with some Suppliers in Kazakhstan, for example. Should Cerrejón fail to demonstrate progress against their CIP, this would have the same outcome.

Bettercoal Members, like the ESB, use the Bettercoal Assessments to inform their purchasing. Bettercoal cannot force its Members to buy or not buy coal from certain producers. Our purpose is to work with coal mining companies to improve their practices.

During the event launching this report, it was stated that “Bettercoal’s methodology and data is opaque”. Bettercoal is extremely transparent about its methodology: the Bettercoal Code and the Assessment Manual, available online and in several languages, clearly explain the principles against which a company is assessed. We also share publicly the scoring of each company against each of the ten principles of the Code. Furthermore, during the assessment we engage with external stakeholders who have full access to the transcripts of their interviews and are told how their information is being used.

As for the accusation that Bettercoal selects and pays the auditors, we fail to see how this is an issue. Many standards and certifications have the company under assessment pay for their own assessments as long as it is done by a certified body. Bettercoal uses independent assessors who conduct assessments for a number of other globally recognised certifications and standards for which their independence and integrity is not questioned. The Bettercoal Assessors are fully independent and Bettercoal or its Members have no involvement in the assessment, the scoring or the development of the continuous improvement plans. These are entirely developed by the independent auditors.

Bettercoal has a complaints procedure which can be used by any entity. Through this we have received specific complaints from a number of stakeholders in Colombia, but we have never received a formal complaint against Cerrejón.

Bettercoal takes a very serious approach to human rights violations and we will be in Colombia in March 2020, engaging with multiple stakeholders including Cerrejón and impacted communities. We believe in constructive dialogue and transparency. We are an open organisation and engage with all civil society organisations and we can only share our disappointment that Christian Aid would publish a report which stigmatises our organisation without having engaged with us at any time.

Colombia is one of Bettercoal’s priority countries, with a dedicated working group. The Bettercoal Colombia Working Group along with the Chairman of the Board of Directors and the Executive Director of Bettercoal will be in Colombia for a week from 9th March and will be engaging with all relevant stakeholders from civil society, mining companies and government as well as visiting communities around the Cerrejón mine.

We remain very open to dialogue with Christian Aid on the topic of human rights in Colombia and extend an invitation to engage with us prior to our next visit as well as after, so we can share some of the concrete actions Bettercoal and its Members are taking on the ground.

Bettercoal is pleased to announce the publication of its Annual Report 2020. Despite the challenges posed by the COVID-19 pandemic, Bettercoal was able to adapt